On my morning commute, a commercial from KanDenko appeared across the Yamanote line train car’s video screens (all 28 of them).

For the few of us on the train that didn’t have our eyes glued to our phone screens, we appeared to be mesmerized by the ad playing. The name KanDenko was previously unknown to me. However, I will tell you, that I won’t be forgetting it anytime soon. Now, that’s how you know you created an effective ad.

It reminded me of those infamous Wyden & Kennedy ads produced for Nike and Honda (give those a watch, if you haven’t already).

Here is the video, enjoy!

About 4 months ago from Joshua Bellendir's Twitter via LinkedIn

My Tech & Business blog is how this website started. I have a passion for technology and all the amazing things one can do with it. On this blog, I write about everything and anything tech and business related. From apps to hardware, to new tech startups, you name it. I hope you find my blog posts interesting and you participate in commenting on the articles. I love feedback...enjoy! 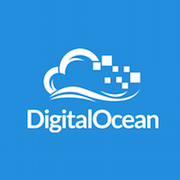